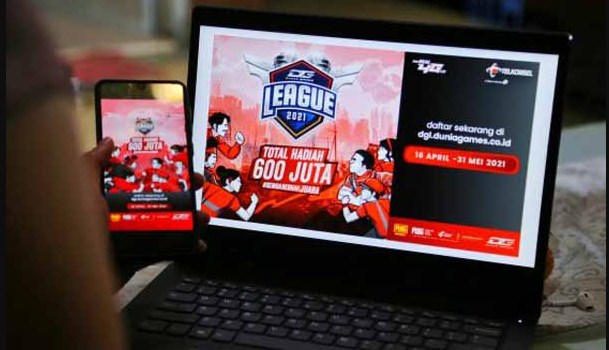 One of the long-awaited events by the E-Sports industry players is again being presented by Telkomsel. The event is the 2021 Dunia Games League (DGL) which was announced to be held soon to further support the country's E-Sports ecosystem.

REGISTRATION from one of the biggest E-Sports competitions in the country will be open starting April 16, 2021. The presence of DGL for Indonesian E-Sports lovers this year marks its third implementation after it was first held in 2019.

Telkomsel Marketing Director Rachel Goh said, Dunia Games League is one of Telkomsel's ways to find the best E-Sports athletes. "We are working to open up more opportunities for online game fans from all over the country to hone their gaming skills and competitiveness even further," Rachel said in her written statement.

He continued, the Dunia Games platform will allow gamers to channel their interests, connect with each other, and collaborate to create a more holistic, interesting and growing E-Sports community and ecosystem.

“The return of DGL this year is a manifestation of our passion and commitment for gamers and the gaming industry in Indonesia. We are proud and happy to be able to present PUBG Mobile in the Dunia Games League for two consecutive years with Telkomsel as the largest telecommunication operator in Indonesia, "he said.

The collaboration between PUBG Mobile and Telkomsel through Dunia Games itself is said to not only grow PUBG Mobile, but also strengthen the E-Sports community and the growth of the game industry in Indonesia.

For your information, based on Telkomsel's internal data, in the previous two events, DGL has successfully attracted tens of thousands of gamers from all over Indonesia to take part directly in the competition. The series of matches from DGL which was broadcast live on YouTube also managed to attract millions of pairs of eyes. (Jp / feb / run)